How Drones Are Saving Lives 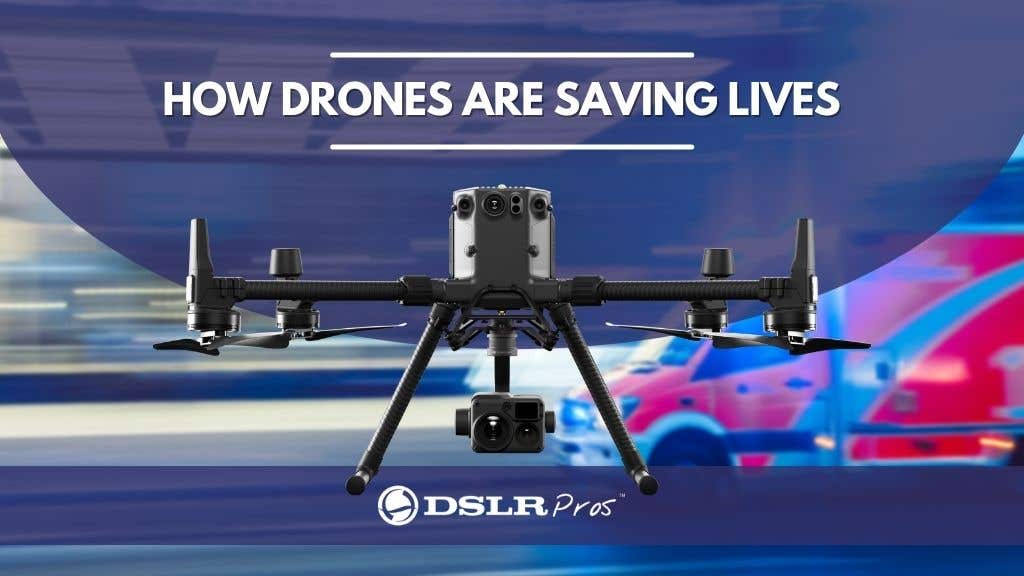 When a 14-year-old child with autism from New York went missing in Jacob Riis State Park, his mother was distressed and called the police for help. The NYPD's Aviation Unit sprung into action with a drone equipped with thermal imaging cameras and started canvassing the area. Within 10 minutes, the child was located and reunited with the parents, unharmed and safe.

Heartwarming stories like this restore our faith not only in humanity but also in the technology that is empowering us to do more than ever before. Who would have thought that drones would one day swoop down like Batman, save lives and disappear into the night?

Undoubtedly, the world we know of is entering a new era of drone technology innovation where UAVs are saving lives every single day.

And as drones continue to evolve, it seems we'll be hearing a lot more of such stories of drones in action.

How Exactly Are Drones Saving Lives?

Over 800 lives have been saved across the world because of drone intervention, as per this drone rescue map maintained by DJI. The page is regularly updated by drone enthusiasts and public safety officials with documented proof of life threatening events where drones played a key role in saving people in emergency situations.

While these numbers may seem small at first glance, they represent thousands of people who were able to escape danger - thanks to the quick response time and precision capabilities of these flying machines.

But that's not all. The following are some more examples of how the adoption of drones in different scenarios is making a real difference in everyday life.

Public safety drones are becoming indispensable for first responders in emergency response. Whether it's a chemical leak in Florida or a chemical fire in Arkansas, emergency response teams across the country are deploying drones for a quick and safe assessment of the situation. A detailed aerial and thermographic image of the situation can help pinpoint the source of the problem, assess the dangers involved, create a rescue plan, and rescue people if they are trapped.

Emergency situations present novel challenges for emergency teams to tackle. First responders can use drones rather than risking their lives and going into dangerous situations blindly. In crisis response situations, emergency drones can provide rescue teams with a better understanding of the situation and help them make informed decisions.

Drones in Search and Rescue

A natural disaster can strike at any time anywhere and can wreak havoc. The ensuing chaos may be paralyzing not only to victims but also first responders. Conducting search and rescue missions where even the rescuers face life-threatening risks is no easy feat.

Fortunately, UAVs can be quickly deployed by drone pilots in areas where survivors might be stranded. Using thermal imaging cameras, they can scan the area and find injured or unconscious people. Having this information helps to direct the team in the appropriate direction.

One recent example - drones were a vital part of Norway's biggest landslide rescue operation. Multiple DJI drones were used to cover an area of 2 square kilometers. Rescue workers used drones to map possible survivors and gauge dangers. A fleet of drones provided emergency responders with situational awareness, live footage, and 3D maps of the site that were instrumental in rescuing over 1000 victims of the disaster.

In the aftermath of a natural disaster, drones have revolutionized how rescue missions are planned. Drones are not susceptible to the same logistical or technical challenges like helicopters may encounter. That is why in many cases, drones are replacing them as the first line of response for faster and safer operations.

Drones offer an alternative solution to traditional methods of conducting search and rescue operations. They provide a bird’s eye view of the scene and allow rescuers to perceive the environment in a way that would be otherwise invisible to human eyes (thermal imaging).

Operating in harsh environments is also an asset for any drone engaged in search and rescue operations. For instance, the recently released DJI Matrice M30T has an IP55 level of protection against the environment, ensuring performance in less than ideal weather conditions. In addition, the M30T also features thermal imaging capabilities that make it a great asset for search and rescue operations.

Drones in Surveillance and Crowd Monitoring

In addition to providing vital information during emergencies, drones can also act as a deterrent against crowds becoming unruly.

Police forces across the world are using drones to monitor large gatherings of people. These drones can keep watch on the crowd and identify potential troublemakers. Overall, drone crowd monitoring helps ensure that everybody's safety is protected.

In another recent example, police in the UK watched over an extremely crowded Christmas market in Lincoln. Crowded places may be susceptive to trouble. In this case, the police's proactive preventive measure using a drone ensured that the public felt safe.

For instance, in Mexico, a police drone single-handedly helped catch over 500 criminals and reduce robberies by 30 percent.

Powerful thermal and optical imaging capabilities from drones allow law enforcement to coordinate operations even from a distance or despite low-light conditions.

The DJI Matrice 300 equipped with the Zenmuse H20T is an excellent example of a drone with both the optical and thermal imaging capability crucial for law enforcement operations.

Drones are also being used to deliver humanitarian aid to remote parts of the world - perhaps one of the noblest use cases of these aircraft. African countries are a pioneer in dropping medical supplies, food, clothes, and other humanitarian aid using a UAV. Drones like the DJI Matrice 210 can be equipped with their own payload drop system to help deliver life-saving supplies and equipment.

In Sweden, drones are being used to deliver defibrillators to cardiac attack patients in record time before the ambulance arrives. When a 71-year-old man had a cardiac arrest and collapsed in his driveway, a doctor who was commuting to work noticed, got off the car, and started performing CPR. Meanwhile, a bystander called the emergency service. Three minutes later, a drone arrived with the much need defibrillator which saved his life.

Timely access to defibrillators is crucial to surviving a cardiac arrest. In this case, drones are stepping in to bridge the time gap between the call for help and the arrival of help.

Defibrillator delivery via drone is currently available to around 200,000 citizens in Sweden. Yet another great example of drones saving lives.

Elsewhere, drones are being deployed to transport vaccines, drugs, blood, medical specimens, and other medical supplies as an alternative means of transport that is faster and more cost-effective. The amount of time and money it saves is incalculable. What's noteworthy is how drones are being used in unprecedented ways to serve humanity.

It's clear that drones are pushing boundaries and impacting hundreds of thousands of lives all across the globe.

More than ever, drones have now become a powerful force for positive social impact in the world.

If you're an organization that's looking to make a positive impact through drones, feel free to contact our team at DSLRPros. We will provide your organization with effective, tailored drone solutions to meet your needs. 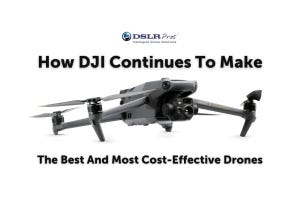 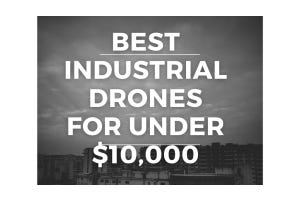