Over the years InterDrone has changed its focus from a mixed consumer and commercial expo to an event focused on drones and how they can be used in industries such as construction, agriculture, and public safety. This year we saw some new products from Yuneec, Impossible Aerospace, and Doosan.

Yuneec’s headlining product this year was their E10T dual sensor infrared camera. The camera features a low-light 1080P RGB sensor with a 320×256 or 640×512 pixel infrared camera. Similar to DJI’s Zenmuse XT2, key details from the RGB camera are overlaid onto the infrared image in real time. This provides more detail than just having a thermal camera allowing the user to instantly recognize where the heat differences are. In addition to their new enterprise camera they were also showcasing their new consumer product, the Mantis Q. The light-weight folding Mantis Q drone features a 33-minute flight time, active tracking, voice control, and a 4K camera.

Short flight times have been a struggle for the drone industry. Impossible Aerospace, built a drone with a completely new design: build a drone around the battery. Situated around the motors, in the arms, and in the body of the drone are the 96 battery cells. Their drone comes in two options: the Basic (with no payload) and Thermal which comes with a FLIR Duo Pro R. The Basic can achieve a 2-hour flight time while the Thermal can get about an hour and a half, both equally impressive compared to the 30-minute flight time drones in this class typically achieve. With this drone being designed and assembled in the United States, a big question that many have is the price. The drone starts at $7,500 for the Basic and the Thermal starts at $9,500, which is around the same price range of DJI’s Matrice 210. As new tariffs are being put on Chinese goods, Impossible Aerospace is in a great position to be successful. We here at DSLRPros are extremely excited about this emerging American drone company and are looking forward to testing one out for ourselves. 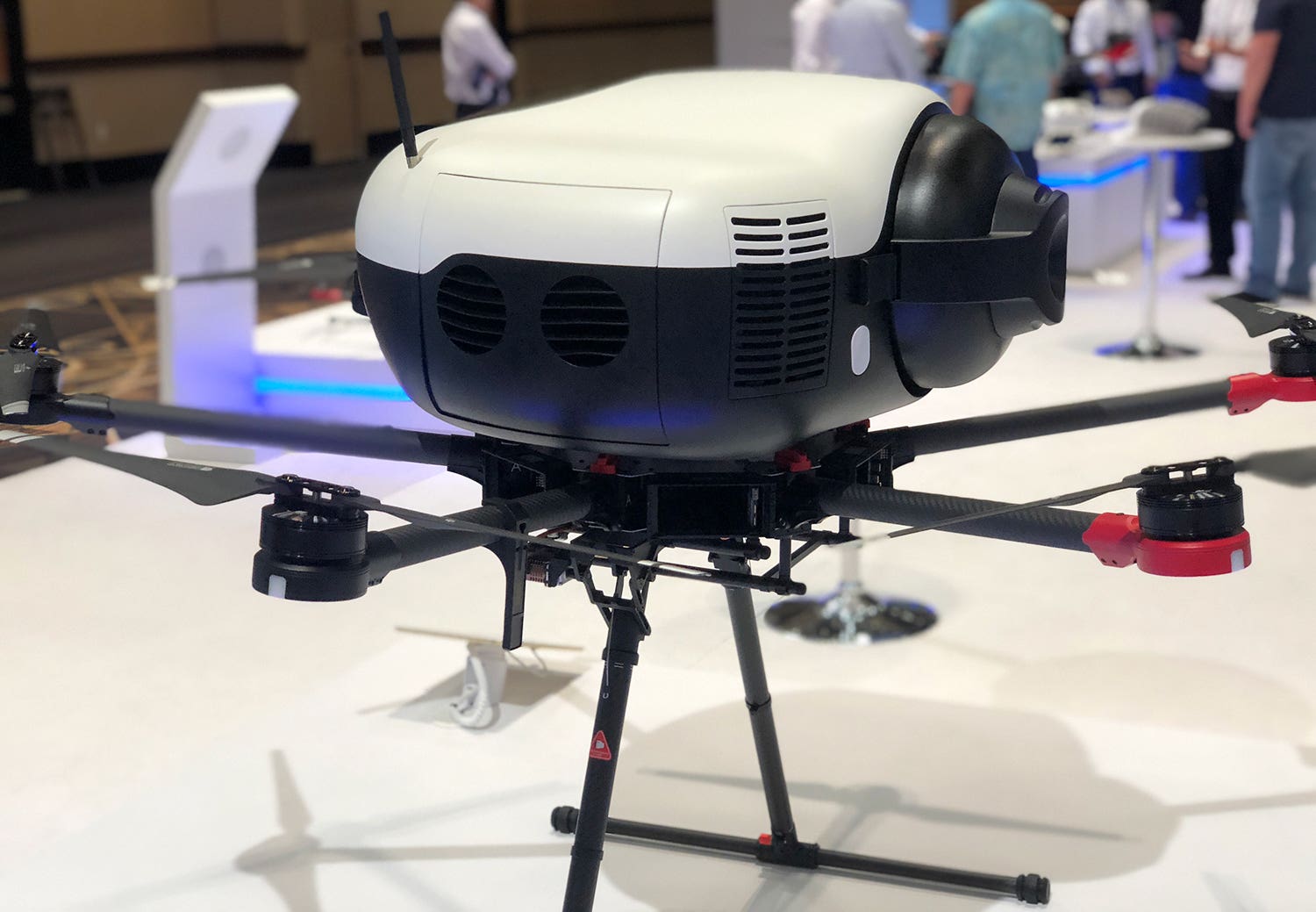 For those looking for alternative drone power sources, Doosan Mobility released their new hydrogen fuel cell powerpack for large commercial drones and specifically for the DJI Matrice 600. Doosan envisions a world where batteries would not need to be charged, but where a fuel cell container would be exchanged with a new one. A single fuel cell powerpack can keep the DJI M600 flying for up to 105 minutes with a 3.3lbs (1.5kg) payload. In addition to long flight times, the system comes with a powerpack monitoring system that transmits and receives powerpack information such as remaining hydrogen, voltage, amps, and temperature all within the DJI app. 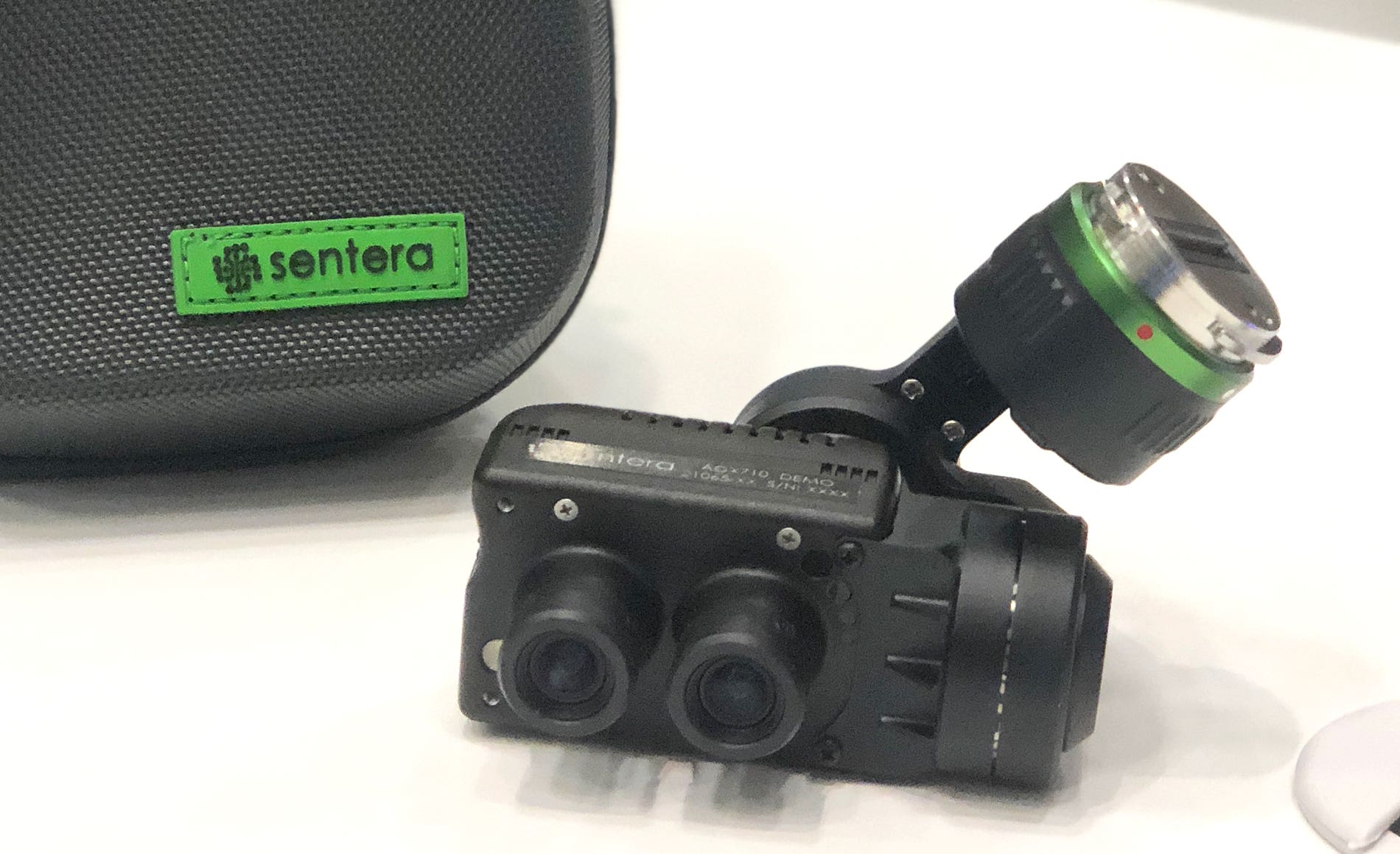 DJI, Parrott, and Yuneec were the only large-scale drone manufacturers featured at the show this year. DJI’s booth was a mix of partners featuring their payloads such as Sentera and FLIR, custom systems built off DJI technology (e.g. Skycatch) and distribution partners. DJI made a smart move back in 2014 when they released their SDK platform for developers. This allowed companies to directly integrate their products into DJI’s leading software and product innovations. Most of the third-party companies at InterDrone this year were selling software or add-ons that supported the DJI line of products.

With new products from Yuneec, Impossible Aerospace, Doosan Mobility, and continued innovations in drone software this year’s InterDrone expo was a hit. We are already looking forward to next year to see what innovations will come next.