The Mavic 3 Is Here. What It Means For Public Safety. 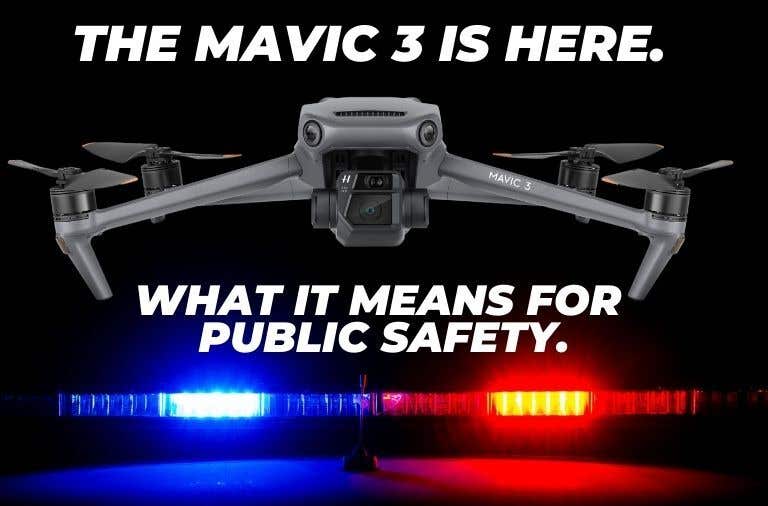 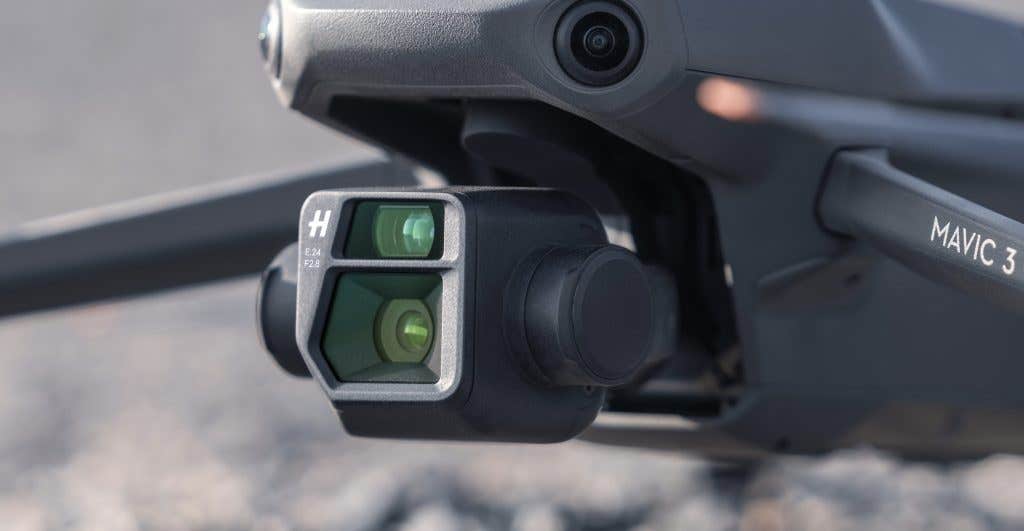 It’s been over three years since the release of the DJI Mavic 2 line.

And now, the next generation Mavic 3 has finally arrived.

In this article, we’re going to take a closer look at both of the new models- the standard Mavic 3, and the Mavic 3 Cine. We’ll review the new features, what the new capabilities can mean for use by public safety teams in a drone operation, and how this new model compares to the Mavic 2 Enterprise Advanced.

Back in 2018, you had to pick between the Mavic 2 Pro with its large 1″ sensor and adjustable aperture; or the Mavic 2 Zoom with a 24mm-48mm telephoto lens.

Essentially you were forced to choose between image quality and flexibility.

Now, with the release of the Mavic 3 series you can find both qualities in one device.

DJI has crammed the best of both worlds (and more) into this new drone by featuring the custom-built Hasselblad L2D-20c. This camera system was created specifically for the Mavic 3, and features two sensors and two lenses. It’s essentially two cameras integrated into one stabilized package on a 3-axis gimbal.

Let’s take a look at each of these cameras and how they improve upon those of both the Mavic 2 Pro and Mavic 2 Zoom.

From the first camera, we can tell that DJI means business.

Bearing the legendary Hasselblad name alone hints at the level and quality of the imaging hardware incorporated within.

The large 1-inch sensor of the Mavic 2 Pro is now bumped up to an even bigger Four Thirds sensor behind a 24mm f/2.8-f/11 lens. The larger 20MP sensor resolution allows for greater detail in low light settings, with a large latitude of 12.8 stops of scene dynamic range in your choice of photo format. Vision Detection Auto Focus (VDAF) technology promises to keep your images sharp even as both the camera and subject move. This camera doesn’t disappoint on the video side either, boasting up to 5.1K resolution and up to 120 frames per second (at 4K).

The Cine model offers support for the AppleProRes 422 HQ video format and a large, 1TB internal SSD drive. While these features will be greatly appreciated by the professional aerial filmmaker, a public safety department will find little use to justify the higher cost for the Cine additions.

While targeted primarily to prosumer users, the Mavic 3’s 4/3 camera has enough features to make it a viable tool for public safety. The larger sensor allows for better performance in low light conditions, and the increased resolution allows for higher quality results when enlarging images to view details like license plates, address numbers, etc.

The larger sensor of the Mavic 3’s primary camera offers an enormous amount of flexibility in capturing these and other critical details.

Speaking of capturing detail, the zoom capabilities of the Mavic 3’s “Tele Camera,” as DJI refers to it, offer a lot to public safety applications.

It has a 1/2″ sensor with 12MP resolution for taking stills and shoots 4k video. With its unique zooming capabilities, it’s perfect for viewing subjects from further away or when you want to capture a more detailed image on closer subjects.

The public safety benefits of having the ability to zoom into a scene are limitless. From increased situational awareness in tactical operations to optimizing vantage points, you can get a critical perspective of the events unfolding, which allows for quicker observation and decision-making before responding.

Additionally, you can zoom into a sensitive area to inspect it more closely and gain critical intelligence while keeping a longer distance away, where the noise of the propellers is minimal and, therefore, your presence is discreet. These images can then be used in intra/post-incident reports at the remote command center.

Everybody knows that drones can be noisy.

This is due to vibrations in the air that are caused as a result of the spinning propellers. In order to keep the drone aloft, propellers of smaller sizes need to rotate more rapidly. Larger propellers do not need to rotate as fast. Sporting a new, longer propeller design, the Mavic 3 has the potential to operate more quietly than previous versions.

A drone’s propeller blades also create low-frequency sounds as they pass over the craft’s arms, which causes temporary pressure waves. With a new design that features thinner arms, this structural change on the Mavic 3 should also aid in producing a lower sound signature.

One of the most impressive improvements over previous iterations is the increased maximum flight time. 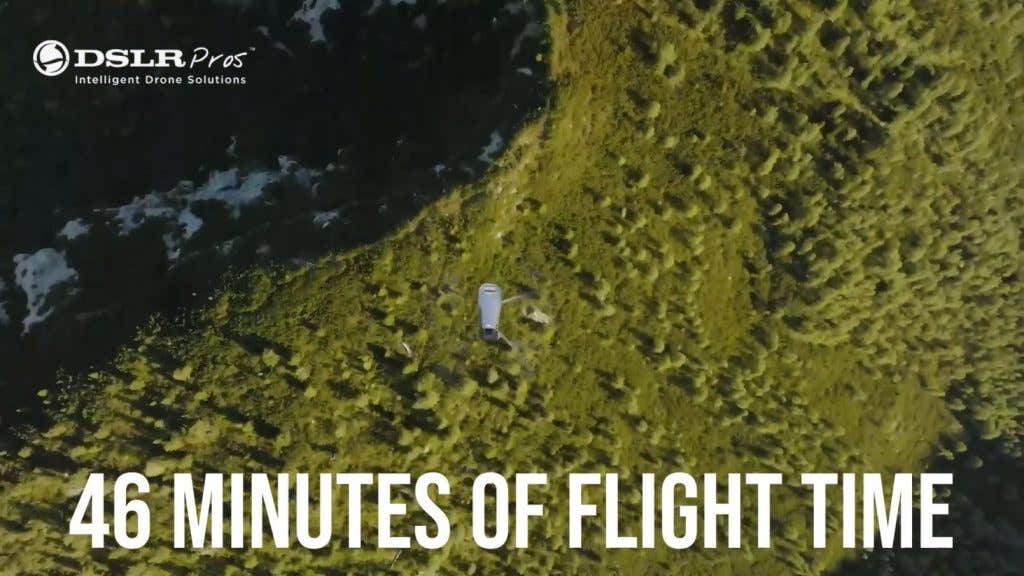 46-minutes is a significant increase over the Mavic 2’s 31-minute battery life. This spec alone has caused massive excitement. These are flight times usually reserved for much larger and heavier drones like the Matrice 300, which have the capacity to carry bigger batteries.

While very useful for all drone pilots, having extended flight times for drone operators in public safety applications can mean the difference between life and death. Being able to stay in the air longer allows for more ground coverage per flight in search and rescue missions or more continuous tracking of the movement of fire lines or crowd monitoring at large public gatherings. Lengthier flights also allow for fewer periods of downtime for battery swaps. Regardless of the specific use case, first responders will appreciate the increased flexibility this additional flight time provides, especially when dealing with the unpredictable nature of many emergency situations.

Time in the air is not the only huge flight improvement.

The Mavic 3’s video transmission distance has nearly doubled from the already impressive 8km of the Mavic 2 to a mind-boggling 15km (9.3 miles). Not only is the signal stronger, the image transmission is also better than ever. The Mavic 3 is the first DJI drone that can transmit live 1080p/60fps video from the drone to the controller.

Keep in mind that although the Mavic 3 has the ability to transmit over 9 miles, rules and regulations regarding keeping a visual line of sight (VLOS) with the drone may still apply.

The ability to follow a moving subject is often an integral part of public safety operations.

Whether it is a high-risk fugitive or an out-of-control driver on the road, the Mavic 3 has made it easier for public safety department agents to keep their eyes on any subject.

ActiveTrack 5.0 takes DJI’s subject-tracking game to the next level. Mavic’s previous iterations of ActiveTrack allowed a subject to be tracked as it moved directly toward and away from the drone, as well as allowing it to fly alongside a subject on a moving path.

With the new ActiveTrack 5.0, the Mavic 3 will be able to fly alongside as well as around a moving subject as it moves forward, backward, left, right, and diagonally. The aircraft’s visual sensors will continue to track and frame the subject intelligently even if it moves too fast and temporarily drops out of the frame and will pick it up when it returns.

All the best drone features mean nothing if you’ll crash while using them. 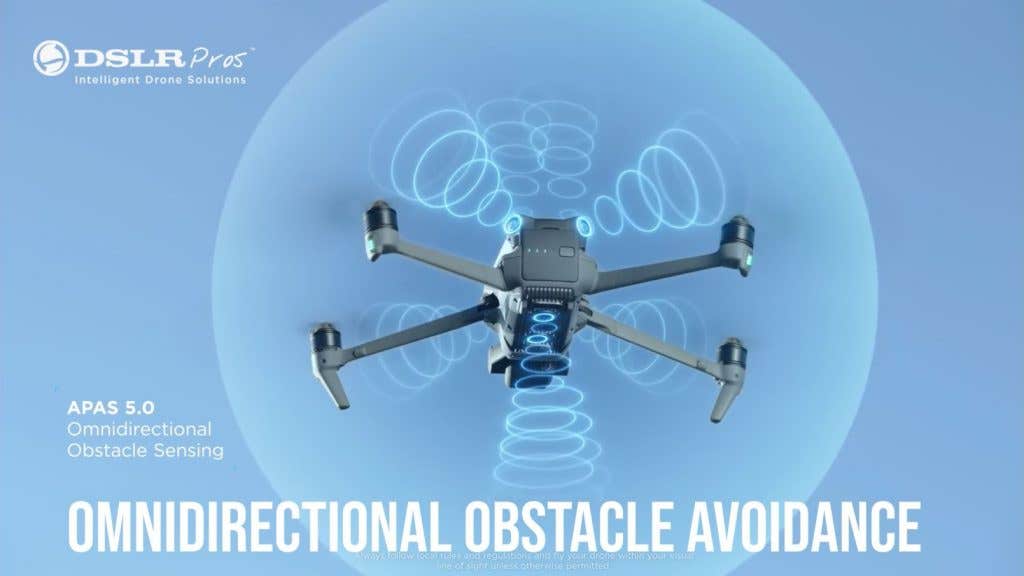 DJI has long integrated their drones with a system of sensors and software that has helped a drone operator avoid collisions with obstacles. For many, these safety modes have meant the difference between a safe flight experience and a crash; especially when flying in dangerous situations where an obstacle might be hard to spot.

With the Mavic 3, DJI has introduced a new and improved system of obstacle detection sensors.

Cameras on the front and rear of the aircraft sit at 45-degree angles instead of being pointed straight ahead. In doing so, they can see partway to the sides as well as in front and behind. The Mavic 3 effectively has omnidirectional sensing when these angled cameras are used in conjunction with its bottom- and top-mounted sensors. 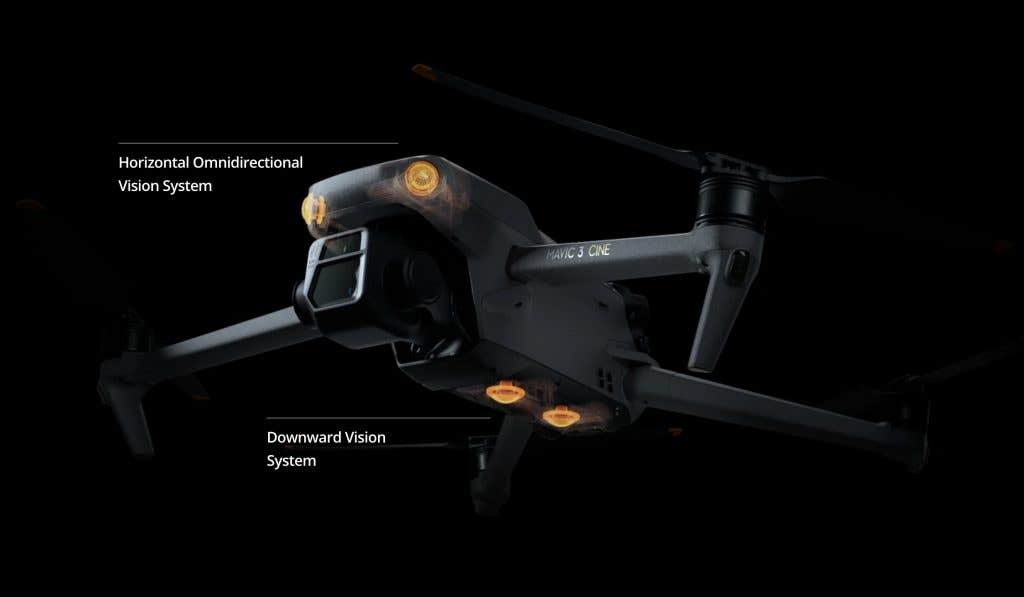 All of this is integrated into DJI’s latest and most sophisticated obstacle-avoiding system, Advanced Pilot Assistance System (APAS 5.0). The Mavic 3 can now detect and dodge obstructions up to 200 meters (656 feet) away, including buildings, walls, trees, and people. This is another massive upgrade, as the previous version was limited to 20 meters (65 feet).

So your drone can fly far away, but can it come back?

Return to Home (RTH) is now optimized to calculate the shortest flight path back to the starting location and altitude, including data based on current wind conditions – before a critically low battery level triggers the aircraft to automatically return. In addition, the drone will fly back if the signal from the remote controller is lost, so you won’t lose the craft.

Satellite receivers for GPS, GLONASS, and BeiDou have been included inside the body of the craft for increased stability. The Mavic 3’s hovering ability is improved since it can now use any combination of signals from all three networks at the same time to pick up its position more quickly.

How Does It Compare To The Mavic 2 Enterprise Advanced?

The DJI Mavic 2 Enterprise Advanced is still a fantastic drone in its own right and remains the industry standard for small, compact enterprise drones equipped with thermal cameras. The thermal imaging capability of M2EA’s thermal camera alone is a requirement for many use cases, especially industrial inspections and other use cases that rely on thermal sensors to monitor a specific temperature range or detect even the smallest temperature difference.

From nighttime search and rescues to monitoring temperature differences between smoldering hot and cold spots in firefighting, thermal drones, and the Mavic 2 Enterprise Advanced in particular, has become the go-to choice for first responders. And for good reason.

The adoption of drones with thermal cameras has long been deployed as a valuable tool in aiding law enforcement agencies to perform crime scene analysis, rapid victim rescue in search and rescue missions, and providing rugged post-disaster support when time is critical. When DJI drones and other third parties began offering drones that successfully added thermal cameras to measure the heat, aerial thermal imaging became a game-changer. Thermal drone technology has since proven indispensable to many public safety aerial experts.

So while both the Mavic 3 and the Mavic 2 Enterprise Advanced each offer some benefits that the other does not, these drones are not meant to replace each other.

Both the Mavic 3 and Mavic 2 Enterprise Advanced are available from DSLRPros. Please call to speak with one of our friendly and knowledgeable solutions consultants to discuss which tools are right for you and your public safety drone program.

For more information on the Mavic 3 and its applications for Public Safety, please watch the following video, featuring DSLRPros Director of Public Safety Derrick Ward.

For more information on how the Mavic 3 and the M2EA can benefit your enterprise operations, please call or email our consultants at sales@dslrpros.com

Previous What Is The Most Important Asset For Your Drone Operations? It’s Probably Not What You Think
Next Why Your DJI M300 Needs The New V3 Firmware
Categories
Recent Posts